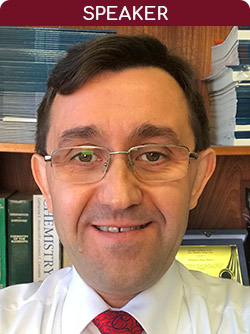 Paul Watts started his career as a lecturer at the University of Hull (UK) in 2002, being promoted to full professor in 2011. At the University of Hull he led the micro reactor and flow technology group. In February 2013, he moved to Nelson Mandela University to hold the distinguished position of ‘SARChI Research Chair in Microfluidic Bio/Chemical Processing’. He has published over 120 highly cited papers. He strongly believes that scientists should conduct research that impacts society; the biggest project underway involves the local production of key drugs as the morbidity and mortality from major diseases are much more devastating in Africa than in other regions of the world. The vision is that new technology will be used within South Africa to manufacture generic drugs; this could create jobs and a new manufacturing industry within the country.