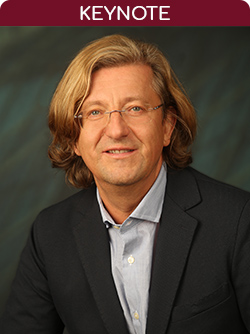 Prof. Johannes G. Khinast (male, 1964) is the head of the Institute for Process and Particle Engineering (http://ippt.tugraz.at/) at the Graz University of Technology and the scientific director of the Research Center Pharmaceutical Engineering (http://www.rcpe.at/). He received his Ph.D. in the area of particle technology in 1995 from the Graz University of Technology in 1995. He was then a post doctoral fellow at the University of Houston with Prof. Dan Luss. In 1998 Prof. Khinast joined Rutgers University (New Jersey, USA) as an assistant professor, where he was granted early tenure in 2003. During his period at Rutgers University Prof. Khinast received several important awards, including the Bristol-Myers Squibb Young Faculty Development Award (1999), the DuPont Young Professor Award (2000), the North American Mixing Forum Award (2000) and finally in 2001 the prestigious NSF CAREER Award. In 2005 Prof. Khinast was selected as a Marie Curie Chair of the EU, and in 2006 he was offered a professorship at the Graz University of Technology. Prof. Khinast has received significant funding for his work in process simulation, pharmaceutical process engineering and particle technology in the order of more than 80 million Euros from various sources. He also has worked with a large number of pharmaceutical and equipment companies and serves an advisor for the implementation of novel technology. He has supervised more than 40 Ph.D. students and PostDocs and his publication record encompasses over 250 peer-reviewed publications and 8 book chapters. He also holds 10 patents in the area of pharmaceutical manufacturing.

Digital Design of Products and Processes: State of the Art and Challenges