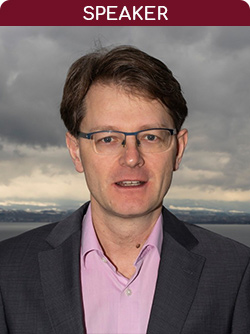 My bachelor and master’s degrees in chemical engineering were completed at Laval University (Quebec City, Canada) in 1996. I then obtained a doctoral degree from the University of Technology Aachen (Germany) in the field of heterogeneous catalysis in 2001. Afterwards, I joined Lonza in March 2001 and was Laboratory Head in charge of reaction engineering (calorimetry) and safety assessment. In February 2003, Lonza started a new project called Microreactor Technology where I became the Project Leader until July 2007. From August 2007 to July 2008, I worked as an Associate Professor at the University of Ottawa (Ottawa, Canada). I re-joined Lonza in September 2008 with the goal to pursue continuous-flow technology. I was responsible of business development of this technology from 2009 to 2012 and, since May 2013, I am Director and Head of an R&D group called Visp Chemical Manufacturing Technologies. I am also Adjunct Professor at the University of Ottawa and still supervising graduate students with their practical part of their thesis performed in Visp, Switzerland.

Mini-Monoplant Technology for Pharmaceutical Manufacturing with Ozonolysis as Case Study